A good yoga class will help you build overall strength and mobility, to mobilize the joints, stretch muscles, tone the organs, strengthen the body, breathe systematically, focus the mind, elevates self-esteem, and so much more. After eight weeks of practicing yoga at least twice a week for a total of 180 minutes, participants had greater muscle strength and endurance, flexibility, and cardio-respiratory fitness.

Peloton yoga is great for so many reasons and one of them is that you can try different things and see what you like.

For many people, yoga provides a retreat from their chaotic and busy lives. The goal during yoga practice is to challenge yourself physically, but not to feel overwhelmed. At this “edge,” the focus is on your breath while your mind is accepting and calm. Surveys have found that those who practiced yoga were more aware of their bodies than people who didn’t practice yoga. They were also more satisfied with and less critical of their bodies.

With a number of yoga and meditation classes to choose from, including:

Power Yoga: A more vigorous class, with a faster pace.

Yoga Anywhere: Classes optimized for doing yoga when you don’t have access to a mat.

Chelsea Jackson Roberts Believes in Yoga For Everyone

“My father couldn’t believe I got a PhD and was going back to teach yoga, but even he sees now how it made me stand out, and how it really made me know that this is what I want to do with my life,” says Chelsea Jackson Roberts, Peloton’s newest yoga & meditation instructor. Chelsea takes an open-minded approach to yoga, reflective of her experience bringing yoga to underserved communities. “I believe in meeting people where they are. Many times people are nervous about starting yoga; their experience with it may be only a certain way. I know I need to translate from traditional language and I love getting creative to teach, but I’m not going to water down the essence of yoga.”

Born in Dayton, Ohio, Chelsea describes her upbringing as traditional, going to church every Sunday with her mom, a teacher, and her dad, a probation officer. She moved to Atlanta to attend Spelman College, a prestigious historically black college for women, where she majored in child development and then did a masters program in international education. Teaching at a school where the majority of families were below the poverty line, she needed something to help her cope with the challenges she faced at work. “I saw how yoga had an impact on me, and I wondered what it could do in the classroom. I didn’t necessarily call it yoga, but it was a moment of breathing or a moment of movement and it helped,” she says.

Yoga continued to support her after the sudden loss of her college roommate, Misty Carter, who was murdered in 2004 in Atlanta. “I had experienced a loss of such magnitude, that was so abrupt and violent, and I became very disconnected from my life. That’s when I got much deeper into meditation,” says Chelsea. She got her yoga certification in 2007, and shortly after that applied for a PhD in educational studies at Emory, and focused on the impact yoga has on how we create and consume and share information with the world. “I want people to understand that union between body, breath, and action that translates out into the world. For me, sometimes when I had moments of joy, I was resistant to that feeling after losing Misty, because I was afraid it would be taken away again. The practice of non-attachment and unconditional love taught me that when life happens, I can understand my response to the unexpected and I can tap into my resources via my yoga practice and understand what I’m experiencing, arrive in the moment, and decide how I’m going to respond,” says Chelsea.

In 2015 Chelsea married her husband Shane, who she describes as essential to her path. “I was content after my PhD program to move into a tenure-track position, and he told me that what I have to offer needs to be heard beyond the ivory tower of academia,” Chelsea said. “Only certain people would have access to what I was writing, and I would only be talking to certain people, and I wanted my work to be accessible to people who may not have access.” Things started moving quickly after that; with features on the cover of Yoga Journal in 2015 and 2017, and many public lectures and events in the yoga world, Chelsea made a name for herself as an advocate for yoga as an agent of change, founding the Yoga, Literature and Art camp for teen girls at her alma mater, focused on people who identify as girls and girls who identify as people of color. “There was definitely a dominant vision of who a yogi was, and it was important to me to provide a space that showed young girls they were worthy of this path as well, if they wanted it. I wanted visible goals and vision for girls to see themselves reflected,” says Chelsea.

So why Peloton, and why now? “To be here at Peloton, to have such a wide reach and influence on Peloton, is the thing I’ve been working for my whole career,” says Chelsea. The diversity of the Peloton community is also a major draw for Chelsea, and she deeply values the opportunity to connect with members all over the world. “I think that the more diverse a community is, the brighter and wider our perspective on life is. I’m now a devotee of Peloton; I have a bike and I get it—when I was in the middle of a ride the other day, I wanted to stop, and right in the middle, someone gave me a high five. I don’t know who he is, he doesn’t look anything like me, but right when I was about to give up, someone who I may not have expected to high-five me in real life, he kept me going,” she says.

The value that Peloton places on music is also a huge opportunity for this music lover, who loves to bring her favorite songs into the yoga space. “When I taught in the ashram when I was getting this classical training, they would tell me to tone my music down, and having access to my favorite songs makes this so much more potent for me, to be able to draw on all that feeling. I need something a little stronger for power yoga than flutes playing in the background!” says Chelsea. Give her a warm welcome to the Peloton family by following her on social media, and check out her first classes on the Peloton platform this week!

Check out more of the Peloton Classes 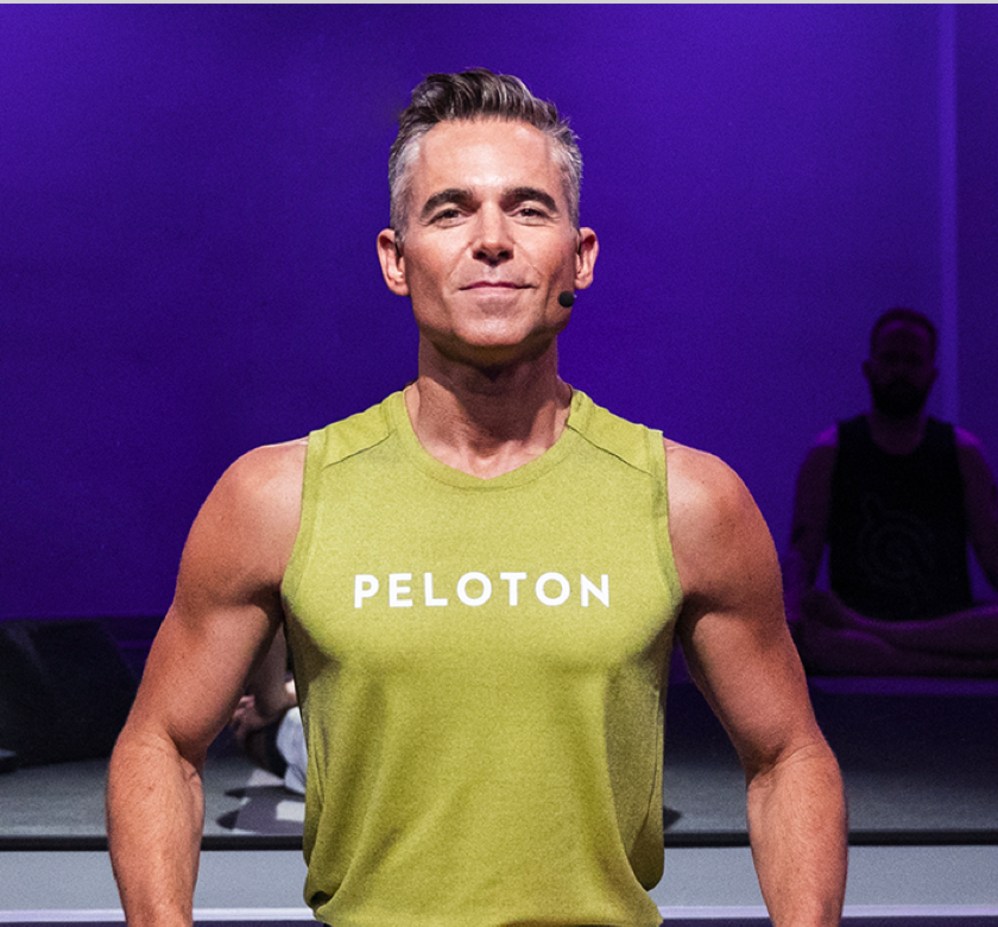 The more you meditate, the more in tune you’ll become with your body while you work out. All the while, you’ll be able to focus more on breathing during the difficult moments in your workout — fast sprints, hill climbs, and so on — instead of the pain or struggle. 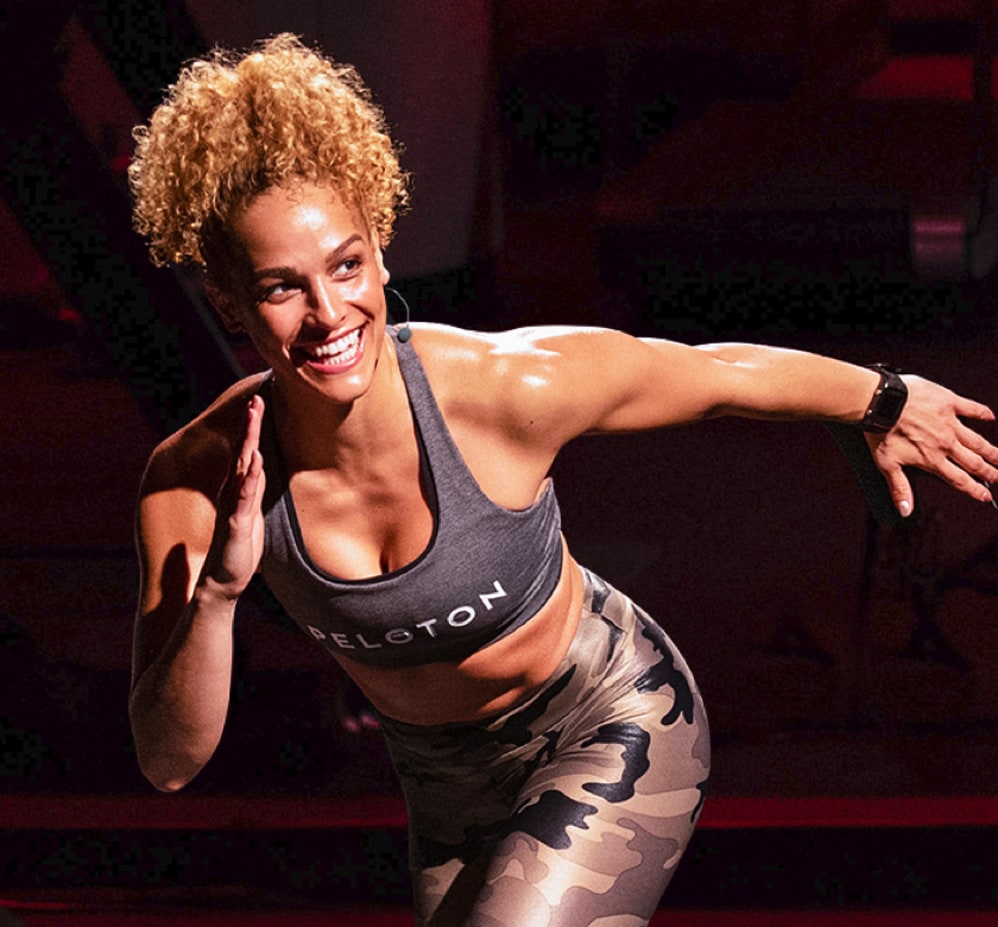 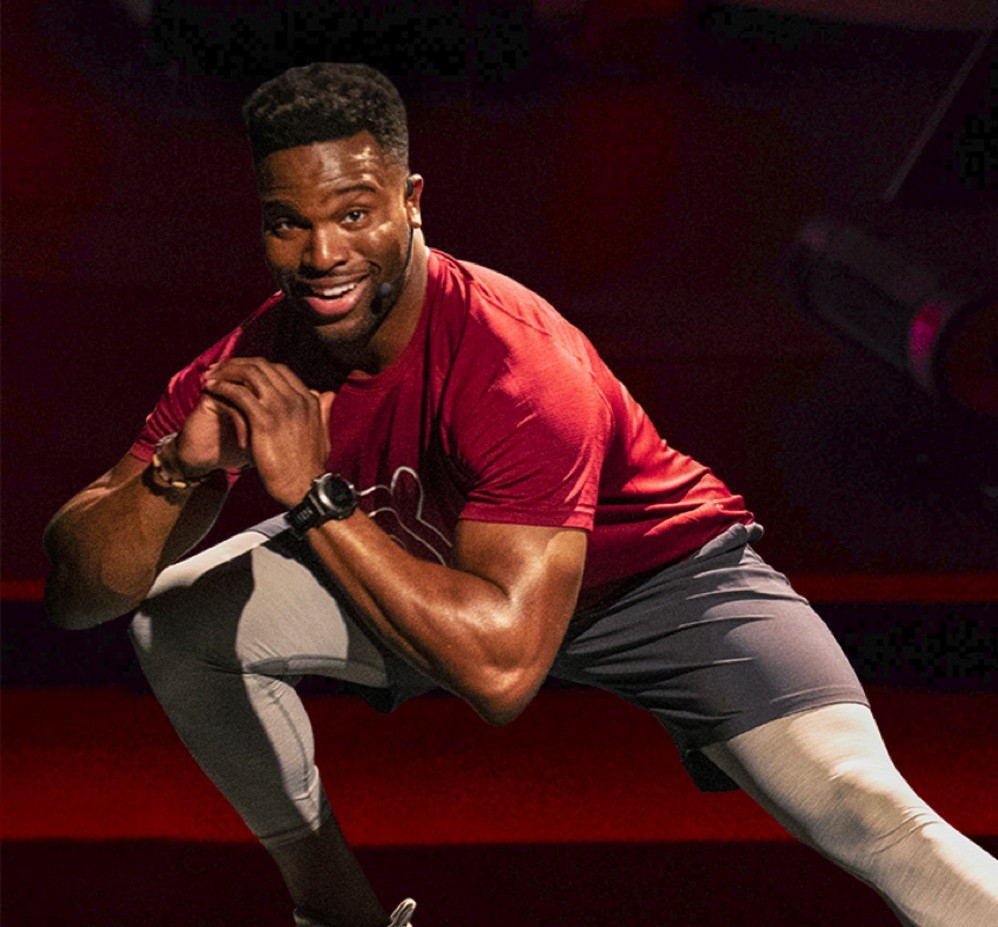 A tight upper body can create a lot of unwanted tension and lead to poor posture. Finding space in it can clear the mind, alleviate headaches, and leave you looking tall and strong. Tightness in the hips and glutes can lead to muscle imbalances and incredible discomfort in your day-to-day life. 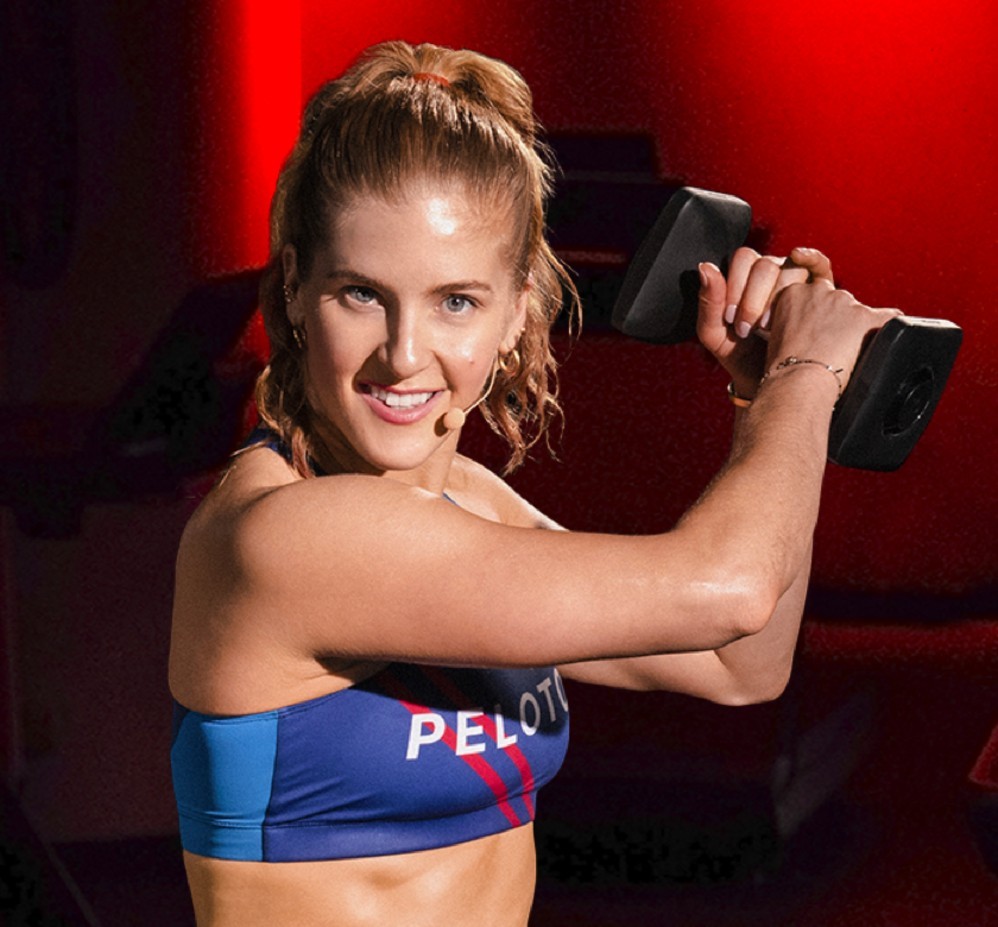 The strength class specializes in full-body and muscle-specific workout routines of various lengths. Across 10-, 20-, or 30-minute sessions, users can choose between workouts such as Arms & Shoulders Strength, Arms Toning, Full-Body Strength, and Bodyweight Strength, among others. 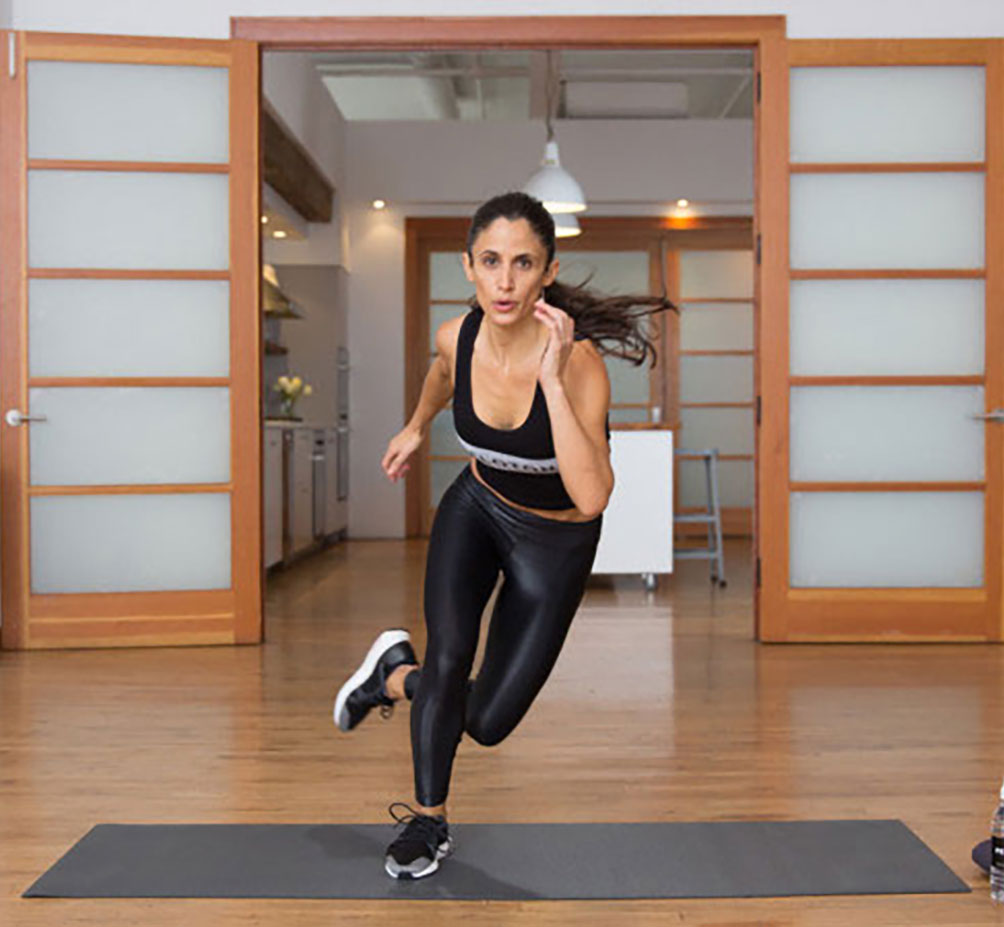 Mix and match a variety of exercises for a HIIT workout, or lean more on the cardio or strength training side of things depending on what your body needs most. HIIT is where you alternate short bursts of high-intensity efforts followed by short recoveries. It’s the perfect workout to do when you only have 20

Please enter your username or email address. You will receive a link to create a new password via email.